Our goal is to give you personalized service whether you're on a fishing charter, big game hunt, or turkey hunt. Keeping you safe and setting you up for success are our main goals.

We’re proud to provide low guide-to-client ratios. Our goal is to give you personalized service whether you’re on a fishing charter, big game hunt, or turkey hunt. Keeping you safe and setting you up for success are our main goals.

There are multiple guides on staff to serve you – all of whom are experts in Colorado Hunting and Fishing. We’d like to introduce you to a few of them.

Family tradition played a major role in Tom’s love for hunting and fishing. Both his father and grandfather were avid hunters and fishermen. As a boy, Tom spent countless hours in the field and on the streams of Middle Park, Colorado with family and friends. The dinner table was the place of stories (perhaps a little embellished) filled with colorful commentary about hunts of the past and present.

Tom worked on a large cattle ranch for many years and every fall extended an invitation to family for an elk hunt. As a result, the stories and traditions of hunting lived on.

Shortly after leaving the ranch, Tom and his older brother started P & T Outfitters in 1994. After 16 years working together, Tom broke out on his own and founded Atmore Outfitters – named after an old pioneer family that homesteaded on the Troublesome Creek in Middle Park, Colorado.

Throughout the years of outfitting, clients grew into life-long friends. New stories emerged, old tales were told again and again, and comaradarie formed. Thoughts of next year’s gathering filled the long winter nights and he was always eager to see his old friends on a new hunt.

Tom perfectly sums up why he’s still operating Atmore Outfitters with the same zeal and passion after 25 years: “When someone is doing something they love, the years fly by and Outfitting never grows old.”

Born and raised in Cañon City, Colorado, Cassey started fishing at a young age with his grandfather and father. They taught him to fish for trout in the very reservoirs that he guides our fishing charters on. He also learned to fish the Colorado rivers and creeks.  When he was old enough, Cassey started hunting with family. Soon after graduating from High school, he was skilled and experienced enough to guide alongside Tom. When he’s not guiding, you’ll find him back on the lakes!

A native born and raised in Fremont Colorado. David Evans enjoys the outdoors, hunting and fishing. When growing up you would often find David and his dad at the high lakes in Westcliffe, Colorado, and Eleven Mile Reservoir. After marriage and two children, he passed on his love of the outdoors to his children. David and his son Cassey were hunting buddies when Cassey was little. Now David gets to help his son guide and hunt.

I was introduced to the outdoors at a very young age and fell in love with it. I would go on hunting and fishing trips with my dad learning every aspect I could from him. I started guiding big game hunts at the age of 16 and my parents would approve me missing school. After returning back to Colorado from the United States Air Force in 1998 I bought me a few hounds to chase lions and bobcats and have never looked back. Dogs are a passion of mine and it never gets old looking up in a tree and looking face to face with a cat. To this day, if there is a season open you can bet I have a tag in my pocket. During the summers when there are no hunting seasons my boat becomes my second home. My family never know what lake or stream I will be traveling to next. I enjoy sharing the experience of the outdoors with family and friends whether it be in the mountains or on the water.

Shane Allen grew up in a hunting family in southwestern Montana and has been guiding hunters for over 20 years in multiple western states.  Shane is an accomplished hunter and has taken many record book trophies including elk, mule deer, whitetail, bear, mountain lion and pronghorn, most of which have been on public land.  While Shane spends a lot of time pursing animals on his own, his greatest memories come from helping others fulfill their lifelong dreams in the field.  For Shane, hunting is a year long process as he spends countless hours in the fields scouting, shed hunting and learning as much as possible about the animals he pursues.  Shane resides in Pueblo, Colorado where he is able to share is passion for hunting with his wife Tanya and daughter Laci. 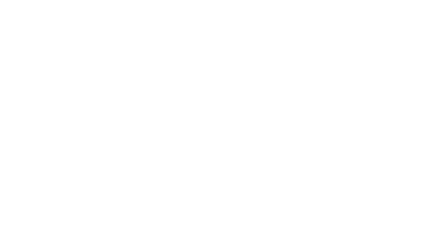